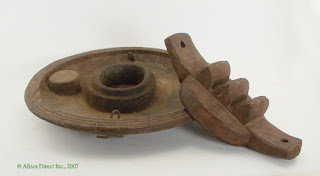 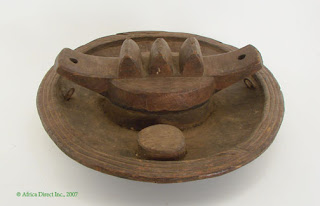 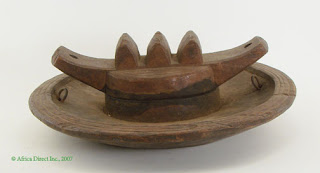 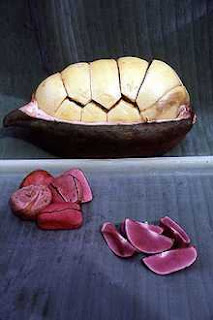 Offering of kolanut to visitor(s) in Igbo land is very important to the people of Igbo land in the South East of Nigeria.
This is the first presentation to visitor(s) and it is normally presented to male by male, a woman can bring it and give it to man to present to the visitor and if a female visitor is there, he can only show it to her by saying (Oji Abila) Kola has come. The seniority in presentation of it is highly observed as the kola nut is normally given to the nearest brother by the person who brought it and he will locate his senior in the family or community before presenting to the visitor(s), after that it will be bless, this is the mark of receiving their guest and wishing him well.
In Ezinihitte Mbaise local Government Area of Imo state in Nigeria, the Kolanut is a cultural festival which is celebrated every 1st January of every year and it is rotated among the communities involve.

THE ORIGIN OF THE OJI EZINIHITTE CULTURAL FESTIVAL
The Oji Ezinihitte cultural festival dates back to the settlement of the people of Ezinihitte at Orieukwu Oboama-na-Umunama, the seat of their God. It is a refined form of the old annual worship of Chileke-Oha by the people.
When the people migrated to their present abode, they found a god for themselves who they believed guided and protected them in their journey. Earlier, various forms of worship took place but the major one was the ancient worship of the Orie market days and was attended by all the kindred, villages and towns of Ezininhitte. Sacrifices, rituals and supplication were usually made to the god. Votaries would bring fowls, goats, sheep, kolanut (Oji) and "Nzu" or "Ufara" for sacrifices.
After whatever remained would be prepared for the merriment of the people. Kola (Oji) and "Nzu" (Native Chalk) used in offering were broke and put in Okwa-Oji (Wooden Saucer). Villages would come according to their order of seniority to take kola nut and Nzu, e.g. the oldest village would take its own and call the town after it to come and collect. It continued in that order until all the communities got theirs.
The above ritual practices was the major activity displayed before god. It served as a roll-call of the communities to know which ones were absent and also as communion of the identity. This practice became popular and so came to be known as "Ichi-Oji" (taking of kolanut). This concomitant activity in the worship of Chileke-Oha kindled anxiety in every Ezinihitte son
The annual worship was abandoned following the embracing of Christianity by the people and colonization of Nigeria by Britain and condemnation of "paganism" by the Christians as ungodly, all taken together led to the death of the old worship which later revived by the Ezinihitte leaders and re-christened "Oji Ezinihitte Cultural Festival". The left out all "Pegan" practices, rituals, Sacrifices and took only "Ichi Oji" (taken of kolanut and Nzu) as was done by their forefathers.
THE AUTONOMOUS COMMUNITIES INVOLVED IN THE FESTIVAL
The communities involved in the festival include
1. Oboama-na-Umunama
2. Ife
3. Chokoneze
4. Ihitte
5. Akpodim
6. Amumara
7. Eziudo
8. Itu
9. Okpofe
10. Ezegbogu
11 Udo
12. Obizi
13. Onicha
14. Ibeku, Umuhu and Lagwa (Okwuata) which is believed to be part of Ezinihitte were excluded in the Oji festival and never hosted it.
The festival begin rotating after the reformation by the leaders, among the thirteen autonomous communities. The Oji took place in its modified form, it started first at Oboama-na-Umunama in the year 1954 and was held every subsequent year on the new year day.
The second round of the festival started in 1966 also with Oboama-na-Umunama. After that, the military overthrew the civilians the same year and in the year 1967, the Nigeria Biafra civil war broke out and obstructed the festival. For the fact that Ezinihitte was equally involved in the war, the festival was kept aside until the war was over in 1970.
In the year 1977, Ife-na-Owutu hosted the celebration at Nkwo-Ife after which the rotation began again. Chokoneze hosted it in 1978, Ihitte in 1979, Eziudo in 1980, Akpodim in 1981, Amumara in 1982, Itu in 1983, Okpofe in 1984, Ezegbogu in 1985, Udo in 1986, Obizi in 1987 and Onicha in 1988. Onicha is the last to host and the festival continues from the first which is Oboama-na-Umunama and moved orderly.
THE EVE OF THE FESTIVAL

Posted by chilachart at 6:33 AM